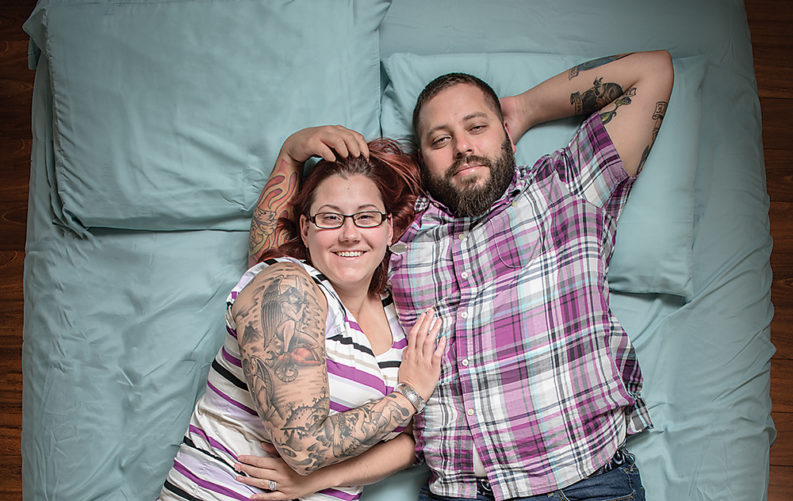 Tiffany and Rob Andrews practicing what they preach. -Photography by Mike Morgan

Rob and Tiffany Andrews have heard it all—the jokes, the innuendos, the incredulous questions. They’ve even had a landlord refuse to lease them office space for their new Linthicum business, Tender Embrace, the state’s first and only cuddling service, which opened in September.

“There is a lot of stigma,” sighs Rob, 31, a former marine-turned-defense-contractor who has been deployed four times. “We’re trying to show that we’re not what everybody first thinks we are.”

The benefits of cuddling can include lowered stress levels and, Rob notes, the need is everywhere. “You’ve got somebody who has 400 Facebook friends, but they’re lonely.”

The couple is especially keen to serve the military community. “I’ve been a military wife, loneliness gets to you,” says Tiffany, 29. “If I can give [comfort] to a military spouse whose husband is deployed or a serviceman who is coming back with PTSD issues, why not?”