Adam McKay’s The Big Short plays like an elaborate con, albeit one that uses its powers for good. How do you tell the essential—lest we’re doomed to repeat it—story of the 2008 mortgage market collapse, without bogging us down in arcane financial jargon? By presenting the whole thing at breakneck speed, using big stars, clip art, fanciful postmodern digressions, and a giant wink.

McKay focuses on those who saw the collapse coming, while everyone else was too comfortable, entitled, and arrogant to believe them. First there was genius/social misfit Michael Burry (Christian Bale), a hedgefund manager who did something virtually no one did at the time: He simply looked. Burry saw that lurking in the bundled mortgage CDOs were tons of risky, bad subprime loans—and he knew that the unthinkable was going to occur, that the market was going to collapse. It was Burry’s idea to bet against—or short—these CDOs using something called a credit default swap, and it’s hilarious (and satisfying) to watch him bring his proposal to Goldman Sachs, Morgan Chase, et al, as they react to him like a fool parting with his money.

The word “autistic” is never used to describe Burry—he blames his glass eye for his social awkwardness—but that’s how Bale, wearing oversized tee-shirts and an unflattering blunt haircut, with heavy-metal blaring through his ever-present headphones to block out the world, plays him. It was precisely Burry’s outsider status that allowed him to see the collapse coming. He didn’t consider conventional wisdom—or the good times rolling at the steak houses and strip clubs—he just counted the numbers. “I guess I could be wrong?” Burry says, befuddled. “But I don’t see how I am.”

Then there’s a couple of young buck investors, Charlie Geller (John Magaro) and Jamie Shipley (Finn Wittrock), who arrange for a meeting at Morgan Chase hoping to get a seat at the big boy’s table, but don’t get past the lobby. (Their “appointment” consists of a smug Chase staffer, who hovers above them, literally not even taking the time to let his ass touch a chair.) It’s there that they discover the discarded folders of some other would-be investment kings and first get wind of the notion of shorting CDOs. They recruit an old friend, retired banker Ben Rickert (a bearded and very understated Brad Pitt), now living a semi-reclusive life as an organic gardener, to help them. Rickert is smart enough to agree that the market is going to collapse, but decent enough not to let the boys celebrate their coming windfall. When you make millions betting against the U.S. economy, you’re betting on destroyed lives, he soberly reminds them.

The players are rounded out by our narrator, Jared Vennett (Ryan Gosling), a slick investor and cynic who blithely goes where the money takes him, and Mark Baum (Steve Carell), the leader of an unruly band of iconoclastic money managers, whom Vennett recruits to bankroll his credit default swaps. Baum is skeptical at first, but he and the gang take an impromptu trip to Miami—ground zero for the housing collapse—and see the tell-tale signs: Abandoned mansions with alligators taking up residence in the giant empty pools; stupid, reckless young brokers; absentee landlords; and a stripper who managed to buy four houses thanks to sub-prime loans. When they get back to New York, Baum and his crew invest in Vennett's scheme.

What happens next, as they say, will amaze you: Burry, Geller, Shipley, Vennett, and Baum were all right, of course—the bubble did burst, mortgages went into default, people lost their homes—but the credit ratings on those bundled mortgages remained high. This is the most outrageous—and outraging—part of the film. Turns out, the corruption and conflicts of interest were so entrenched on Wall Street, they managed to hide, lie about, and even profit off of our collapsing economy for well over a year until the bottom finally dropped out.

If all of this sounds a little dry, I can’t emphasize enough how wet it is. McKay is like a juggler who keeps throwing more things—freeze frames! fourth-wall-breaking narration! Margot Robbie in a bubble bath!—in the air. At one point, he cuts to Chef Anthony Bourdain, who explains CDOs by putting unsellable, four-day old halibut into a fish stew.

The Big Short is based on the book of the same name, and most of the characters are real or composites of actual people (Michael Burry is the only real name). The perpetually pissed off Baum is given a sad backstory—his brother committed suicide and he’s turned his grief into anger—and he and Pitt’s Rickert are the only ones who see the human cost of what they’re doing. Sure, they made a shitload of money off our economy’s collapse, but at least they weren’t happy about it. 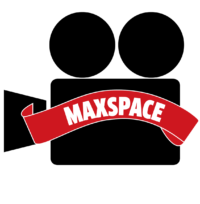