We talk to the NCAA ref and founder of the Life and Breath Foundation. 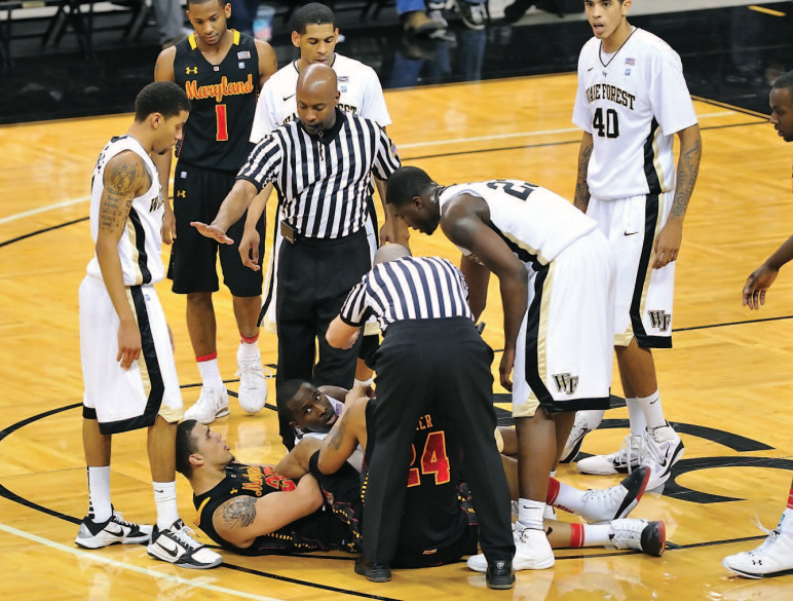 How common is it?
Sarcoidosis usually occurs between the ages of 20 and 50. According to the National Institutes of Health, African-Americans and Northern Europeans are more likely to have it. It affects both men and women, but studies show it is more likely to occur in women.

Your connection to sarcoidosis is through your mother, who kept her diagnosis secret for 13 years until her death.
Yes. She was a strong lady who didn’t want anyone to worry. I can only imagine how she managed her own health care. I was grief-stricken by her death. I struggled to understand why she was taken from our family, and why we didn’t know she was suffering. Establishing the foundation in her memory gave me the strength to do something that she could be proud of. I think she would be happy that I have made a commitment in my life to help others who struggle to manage their health care.

How much has the foundation raised over the years?
The foundation has raised over $300,000 for sarcoidosis research. I'm very proud of the amount we've raised. We still have an enormous opportunity to benefit those who suffer with the disease, and this motivates me each year.

You’re a wealth-management vice president and relationship manager by day, but also have a second career as a college basketball official. How did that happen?
This will be my 24th year as a Division I official. I played sports all my life, including playing soccer and baseball in college. During college, I started officiating basketball in the intramural department and then high school basketball. I continued to pursue it, attending officiating camps. I was selected by the ACC in 1993.

What are some of your most memorable moments?
In 1996, I was selected to do the Division II national championship game on CBS. Later that summer, I received an invite to tryout for the summer league for the NBA as an official. Kobe Bryant was in attendance playing for the L.A. Lakers. My mother was able to see [both] accomplishments [before] she passed away December of 1996. The second memorable moment was this past year when I officiated the storied Duke vs. UNC rivalry game at UNC on March 7, 2015.

What does it take to be a good official?
Integrity, confidence, and composure. The best game involves no one ever knowing who the officials were.