Turns out that, sometimes, Mr. Microbe is your friend. 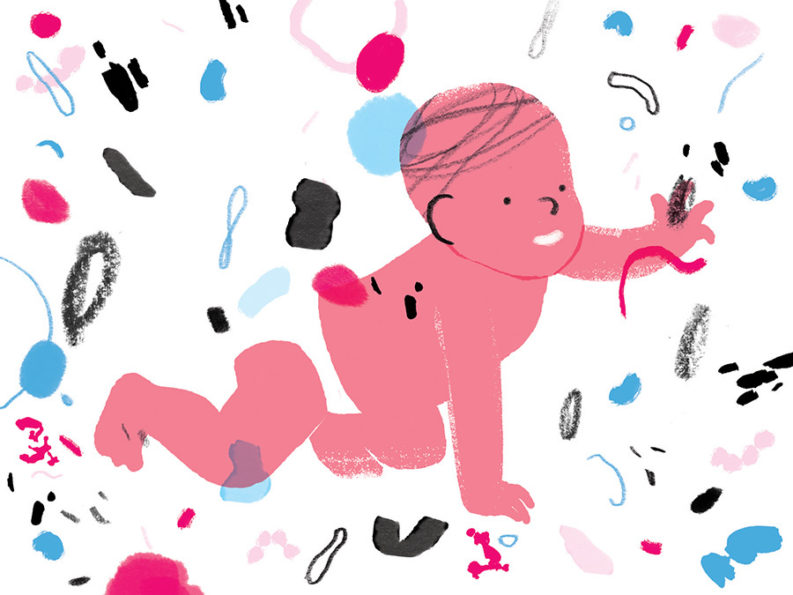 Marnie Lowther has heard plenty of theories on why her son, Caleb, developed asthma at such an early age. “He was diagnosed at age 2, but he actually started showing symptoms like thrush, an oral yeast infection, at nine months,” says Lowther, 37, a Federal Aviation Administration budget analyst who lives in Columbia. “I was first told that it may have been triggered because he had contracted RSV [Respiratory Syncytial Virus, a lung infection that commonly afflicts children before their second birthday] when he was only two weeks old. But whenever we saw a different doctor, they all talked about other possible causes, like the fact we had dogs, or that maybe he picked up germs from his hospital visits, or at day care, which he started at eight months. I heard the whole gambit of different things.”

What was deemed the ultimate cause? He hadn’t developed the antibodies he needed to fend off illnesses.

Medical science has speculated for decades about the importance of antibodies, which regulate microbes (both good ones and bad) in everything from your gut (think: what you eat) and your environment (i.e. what you breathe), to breastmilk, and fluids in the birth canal (in a natural birth). But only in recent years has serious research been undertaken to unlock the complex secrets of how microbes help the body fight off diseases and allergies.

Just how important is antibody development at an early age? Answering that question was at the heart of recent groundbreaking research by Dr. Robert Wood, director of pediatric allergy and immunology at Johns Hopkins Children’s Center. His study went for the jugular of the so-called “hygiene hypothesis”—the media-darling theory that we’re all getting more illnesses because our houses are too clean. The research Wood and his collaborators in four cities conducted into the high rates of asthma in inner-city children inevitably addressed this central question: Why, if the hygiene hypothesis is true, are kids in cities with severe air pollution, cockroaches, and endless exposure to germy things still experiencing such high rates of asthma? Shouldn’t they instead have hardier immune systems?

The verdict: The hygiene hypothesis is true—but it’s just part of the story. Wood’s study data, published last year, contributed some fascinating scientific nuances to what we all hoped would be a nice, simple explanation.

The verdict: The hygiene hypothesis is true—but it’s just part of the story.

The NIH-funded study—conducted with partner institutions Columbia University Medical Center, Boston University School of Medicine, and Washington University in St. Louis—assessed 467 infants and confirmed that while children who live in inner-city homes do have higher overall allergy and asthma rates, those exposed to cat, mouse, and cockroach dander before their first birthdays seemed to benefit from that exposure, proving to be less likely to suffer from allergies and asthma. Further, the more bacteria, the healthier the kids were.

“It is likely that part, if not most, of the benefit of being exposed to mouse allergen, for example, is that mice leave a lot of debris in your home and that debris contains some healthy bacteria that may actually make your immune system stronger and less prone to develop asthma and allergies,” says Wood.

The benefit, however, has what you might call a Cinderella effect—the study found that those positive benefits stopped if the child was exposed after age 1.

But even the experts admit it’s complicated, and don’t want to imply everyone should roll their kids in horse manure and mouse droppings. “We can’t come back to the clinic and say that having a heavy infestation of cockroaches in your house is a good thing,” says Wood.

Bacteria, a type of microbe, are everywhere in our world and our person. We have them on our skin and inside our bodies. Our bacteria signature is so unique that some believe it has forensic capabilities that could be collected in crime-scene investigations, like DNA or fingerprints. In Western nations, the body’s microbial makeup—known as the microbiome—seems to be affected by hygiene. Simply sterilizing the water supply, for example, appears to be associated with the prevalence of food allergies. But there’s far more to the correlation between bacteria and human health than giving up hand sanitizer.

So why are the first 12 months of life such a key moment in the development of your distinct bacterial cocktail? And why, after that, does the door slam shut on the positive effects of bacterial exposure?

Dr. Corinne Keet, assistant professor of pediatrics at Johns Hopkins Children’s Center, explains that infants are relatively sterile and get their first exposure to important bacteria through vaginal delivery. In a recent study, she found that children born by C-section and those given antibiotics in infancy are more prone to developing a rare form of allergic inflammation in the esophagus. (Antibiotics have also been deemed a culprit in causing thrush, as in Caleb Lowther’s case, because they kill good bacteria that maintain a yeast balance.)

Oh, and about that microbes-in-the-gut business: “There’s a growing body of evidence that has identified associations between chronic diseases and changes in the gut microbiome,” says Dr. Claire Fraser, Ph.D., director of the Institute for Genome Sciences at University of Maryland. A quick search of medical literature links the gut to some 40 diseases, including rheumatoid arthritis, asthma, and cancer, as well as obesity. But all that begs the chicken-and-egg question: Does the microbiome change and cause disease or does the disease cause a change in the microbial makeup?

“That has been, and will remain, one of the most important questions that we’re trying to address,” says Fraser.

One thing Fraser can say with certainty is you really are what you eat. Studies have shown that a plant-based diet seems to promote a diverse microbiome in the gut, while a diet high in animal fat increases micro-organisms associated with chronic conditions like obesity and inflammatory bowel disease. It’s a finding that has led Fraser herself to stop eating meat and cut back her sugar intake. She’s also much more judicious in her use of antibiotics—they’re in some foods, too—which decrease diversity in the microbiome.

Antibodies also come from fluids in the birth canal. Fraser’s colleague, microbiology professor Jacques Ravel, Ph.D., an associate director at the Institute for Genome Sciences, has seen this correlation in his work on the vaginal microbiome. Like other bacterial communities, the vaginal microbiome is dynamic, undergoing changes if a woman smokes, for example, or changes her diet, which has the potential to create a microbiome that leads to years of problems for the child.

Ravel believes that within 10 years, a typical doctor’s checkup will include a stool sample and a vaginal swab to check on the health of a person’s microbes and, based on that, the doctor could recommend specific, targeted probiotics to balance a body’s bacterial formula.

Says Ravel, “We’re going to get to a point when medicine won’t be able to not consider microbes when looking at a given disease.”

So what could anxious parents like Lowther glean from all this in the future?  It’s fine to keep a clean house, Mom, just not too clean. And try to go easy on the antibiotics and antibacterial soap.

It was, in fact, antibiotics that became the culprit for Lowther, who concluded that Caleb, now 4, contracted asthma because his body was prevented from deploying its own natural defenses. In a sense, he wasn’t given a chance to develop antibodies, she says. “He would be on so many different antibiotics because of the RSV and other issues that they killed off his antibodies. It’s definitely a domino effect."